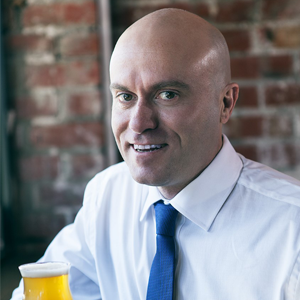 Steve Henderson is the founder of Rockstar Brewer, a brewery consulting, training, software and lab services company. He is a Graduate Certificate of Brewing from Federation University, is and an international beer judge.

He’s worked at Prickly Moses, Southern Bay Brewing, and Stone and Wood, as well as founding BrewCult, from 2013 to 2017. He has also advised a number of breweries on process improvement and recipe development. He won the AIBA Champion Gypsy Brewer trophy in 2016 and under his guidance, Victoria’s Brownstone Microbrewery won the AIBA trophy for Best New Exhibitor in 2018.