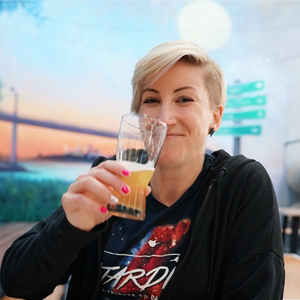 Jayne began in wine, working in Margaret River and the US. In 2004, she moved from grape to grain, with roles Little Creatures Brewing and in 2008 became head brewer for Mountain Goat Brewery. In 2012 she founded Australia’s first female-owned brewery, Two Birds Brewing, alongside friend, Danielle Allen.

Two Birds has won Best Beer at The Wetherspoons Festival (UK) in 2015, Champion Brewery trophies at Australian Craft Beer Awards (2014, 2015) and Australian International Beer Awards (2016). Jayne also has a Diploma in Brewing from the IBD and has judged at the World Beer Cup, AIBAs and The Indies.