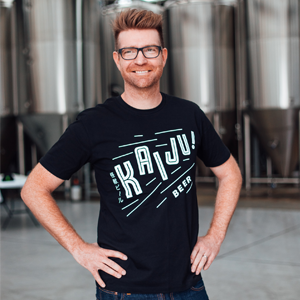 Callum Reeves is co-founder and co-owner of KAIJU! Beer, one of Australia’s fastest-growing independent breweries. After several years working in the wine industry, Callum caught the craft beer bug from his brother Nat and in 2012 the two set out to make some of Australia’s most hop-forward beers. After a couple of years of gypsy brewing they opened their own brewery in 2015 and have made sustainability a key element in the expansion of their brand. KAIJU! Beer has received numerous awards including a trophy at the Australian International Beer Awards and two top 10 placings in the Hottest 100.